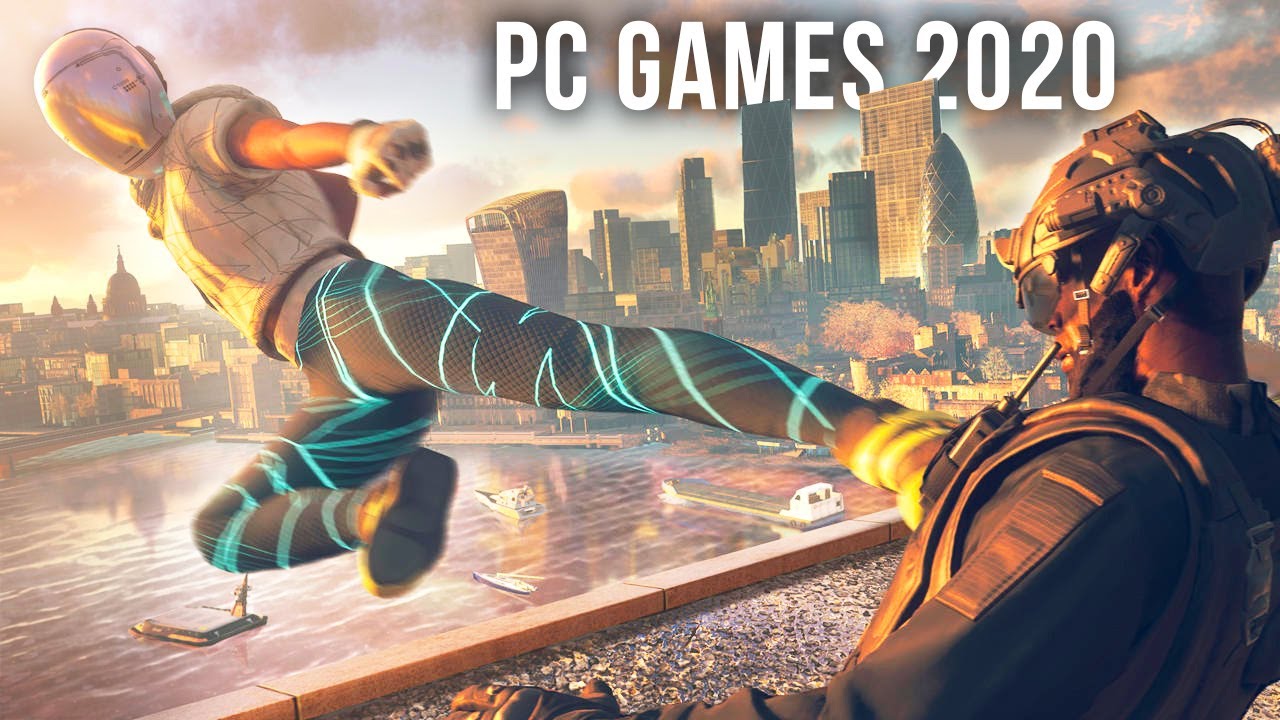 Speaking of PC games in 2020, there are lots of titles that are really recommended for getting into your wish list. If you claim to be a true PC gamer with the good gamer PC, the five games below are really mandatory for you to buy when released later!

2020 can be said to be one of the best years of loyal fans of the Doom game series. How not, because this year Bethesda in collaboration with Io Software will release Doom Eternal which will soon launch in March.

As a direct sequel to Doom (2016), this time Doom Eternal takes the background of planet Earth which has become “Hell”. This is where a new challenge for Doom Guy appears to return the Earth to its origin, as well as the monsters to their original place, hell.

In addition to providing refreshments to the story and settings, id Software also has a variety of new things for Doom Eternal. The most awaited innovation is new weapons that have unique strengths so that the action is worth waiting for later in the game.

Announcement of Half-Life: Alyx seemed to destroy the hopes of loyal fans of the Half-Life game series for the third series that has been waiting for since 2007. Even so, that does not mean Half-Life: Alyx will be ugly and end tragically. In fact, the presence of this game in the realm of virtual reality should be a “cure” for disappointed fans.

As a VR game, Half-Life: Alyx is anticipated to bring refreshment in terms of gameplay. Interaction with objects and puzzles is also predicted to be the main element of this game rather than the shooting action that became the trademark of Half-Life.

One interesting thing that you should know from this game is a truly original story. In this game, you no longer play as Gordon Freeman, but Alyx Vance, a reliable partner. Curious, right, how exciting is this game when it’s released later?

Cyberpunk has to admit: 2077 is the most awaited game in 2020. The reason is quite clear, namely KEANU REEVES! Yep, the Hollywood movie star who is known for his role in The Matrix will act as one of the important figures in the game.

In fact, it’s not just Keanu that makes PC gamers around the world look forward to the presence of Cyberpunk: 2077. Fun and captivating gameplay is another aspect. Likewise, visual beauty through detailed graphics that makes gamers will be amazed.

Cyberpunk: 2077 also brings a story that is worth watching. This game takes the setting of the fictional city Night City, a city that was once considered a destination and dream place for everyone. However, in 2077, the city was destroyed by corruption so that the reputation of up to 180 degrees.

If you like anti-mainstream games, Watch Dogs Legion is the best solution. Continuing the previous series, Watch Dogs, this game will take you to the RPG world filled with smart hackers. You will also be presented with the typical gameplay of an action-adventure game with a little spice of RPG and puzzle in it.

In addition, the thing that makes this game made by Ubisoft look promising is its diverse customization potential. As shown on E3, Watch Dogs Legion allows you to use a variety of characters, from young to old. The character recruitment system also allows you to play with many characters at once.

As a sequel to the previous game, Watch Dogs Legion revolves around an army of hackers who want to free Britain from the tyranny of the ruler. Hacker group named DedSec also initiated a cyber uprising by making alliances with other hacker groups to bring down the despotic regime. Very exciting, right?

Compared to the four games above, Death Stranding is the only game that has already existed on other game platforms/consoles. Initially, the game created by Hideo Kojima was plotted as an exclusive PS4 game. In fact, Kojima Productions also wants to release it for PC.

In the console version, Death Stranding gets both positive and negative responses. Those who praise like this game because the story is very deep and the graphics appear immersive. On the other hand, many also do not like the boring mechanism of this game because of the lack of action elements.

Beyond the minus value, Death Stranding remains a game that should be awaited its presence on the PC. Because the presence of this game on a PC allows it to appear with topnotch visual quality that should be more detailed than the console version.